Nick Harvey joined the Waynesboro Symphony Orchestra as principal trumpet in 2019.  He has performed with the Dallas Opera, Lone Star Wind Orchestra, Las Colinas Symphony Orchestra, and Charlottesville Opera, and has enjoyed performing with many regional choral ensembles such as the Virginia Consort, The Oratorio Society of Virginia, and the Shenandoah Valley Choral Society.  He continues to have an active freelance career throughout the Shenandoah Valley and beyond.

He completed his master’s degree in trumpet performance at the University of North Texas in 2007 under the instruction of Keith Johnson, and a bachelor’s in music industry in 2003 at James Madison University, where he studied with James Kluesner.

As an early musician, he has also performed on baroque trumpet since 2000 and cornetto since 2001, having played with the Orchestra of New Spain, Mountainside Baroque, Lexington Early Music Ensemble, and the Washington Cornett and Sackbut Ensemble.

In addition to music, he works as a full-stack web developer and enjoys astronomy, tennis, baseball, and living in the lovely Shenandoah Valley with his wife, son, and daughter. 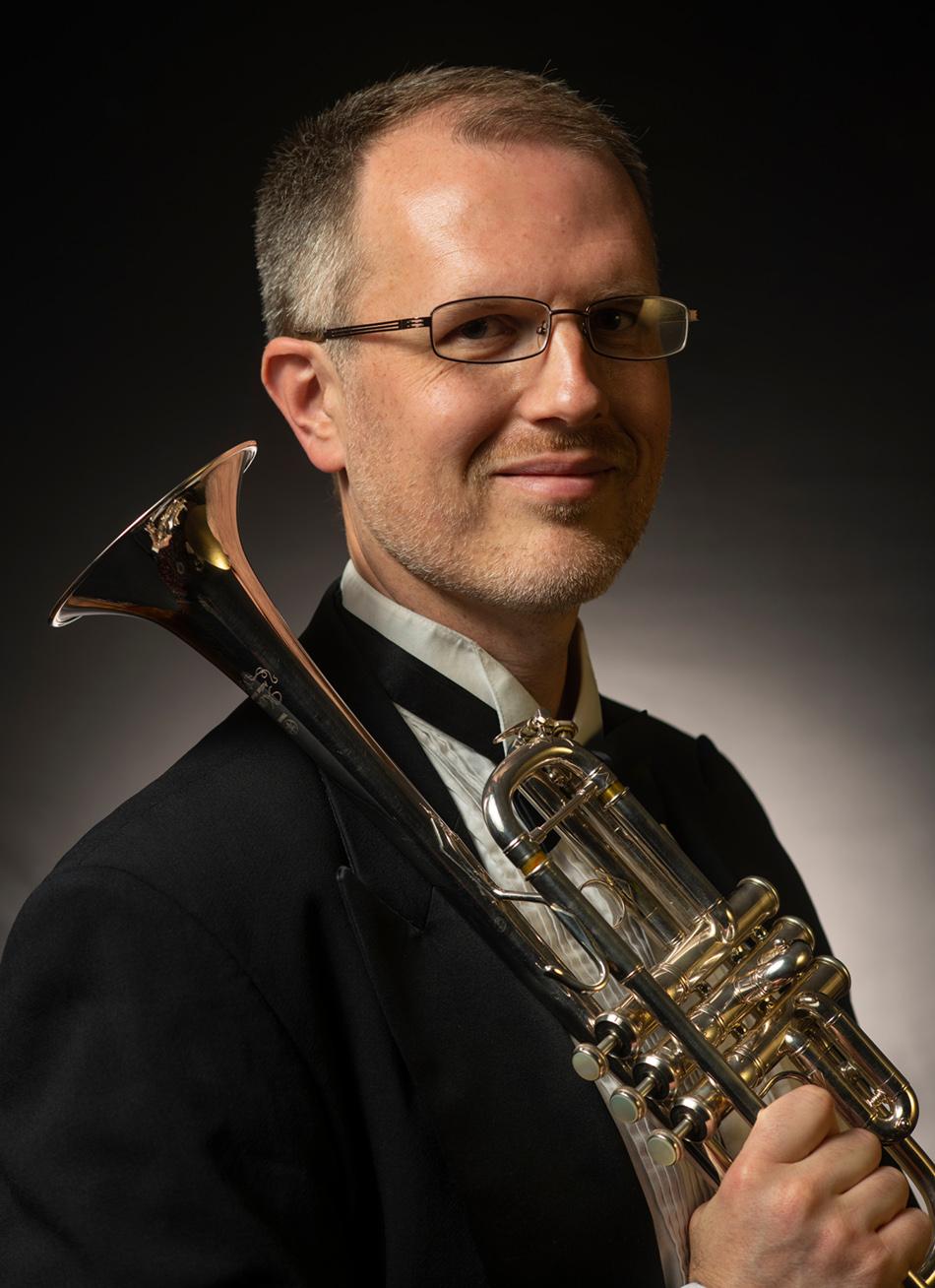