Peter Wilson is an engaging and multifaceted violinist, conductor, arranger, composer, and ambassador of music whose artistry has been noted as “first-class” by The Washington Post.

Peter Wilson is an engaging and multifaceted violinist, conductor, arranger, and composer whose artistry has been noted as “first-class” by The Washington Post. He serves as Music Director of the Richmond Philharmonic and The American Prize-winning Waynesboro Symphony Orchestra in Virginia as well as Artistic Director and Conductor of the American Festival Pops Orchestra in the National Capital Region, an appointment that began in 2022 following his 12 years as AFPO Concertmaster. Peter is the former senior enlisted music advisor to The White House, where he led countless ensembles and performed as a Marine violinist for 30 years in direct support of five U.S. Presidents. He served as String Section Commander for “The President’s Own” U.S. Marine Band and upon retiring in 2020 was awarded the Legion of Merit. Peter has conducted the National Symphony and National Gallery of Art Orchestras and holds degrees from Northwestern University and The Catholic University of America, where he earned a Doctor of Musical Arts.

In demand for his high energy and versatility, Peter commands respect in a variety of musical genres and is active as a guest conductor, violin soloist, recording artist, and performance clinician throughout the United States. A true ambassador of music, he has soloed in many unique and distinguished venues around the globe including the American Embassy in Paris, the Presidential Retreat at Camp David, the private chambers of the Vatican before Pope John Paul II, and Carnegie Hall. Peter began his career as Concertmaster of the Walt Disney World Orchestra. He has appeared as violin soloist with such legendary artists as Rosemary Clooney, Michael Feinstein, Renée Fleming, Bernadette Peters, Randy Travis, and Trisha Yearwood and performed chamber music in concert with Ida Kavafian, Steven Tenenbom, and Peter Wiley. Peter is cofounder of the acclaimed string duo “Bridging the Gap” (with bassist Aaron Clay), which was hailed by The Washington Post for “superior arrangements and uncommon musicianship.” Both were honored by their home state of West Virginia with the Arts and Humanities Commission “Music Award” in recognition of their “outstanding leadership and devotion to the enhancement of the arts.” 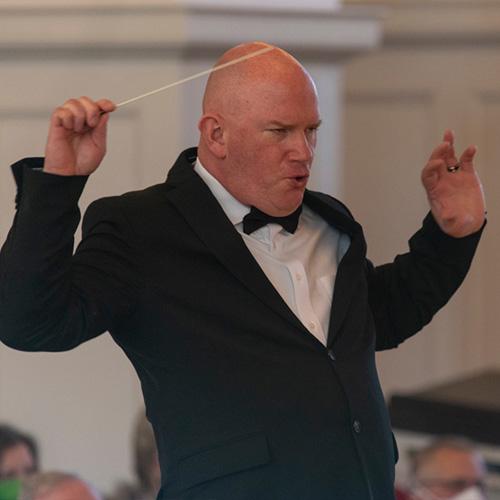 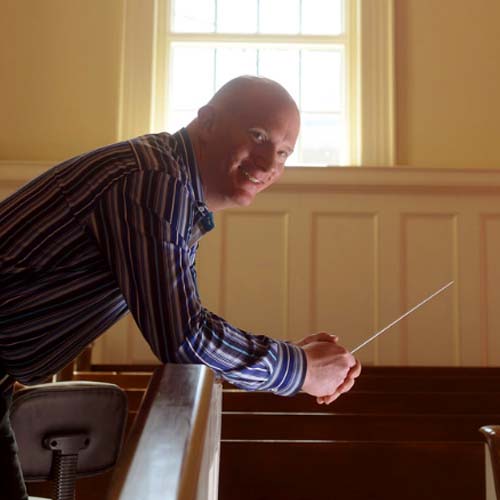 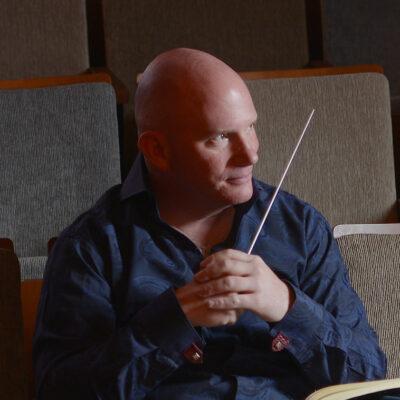 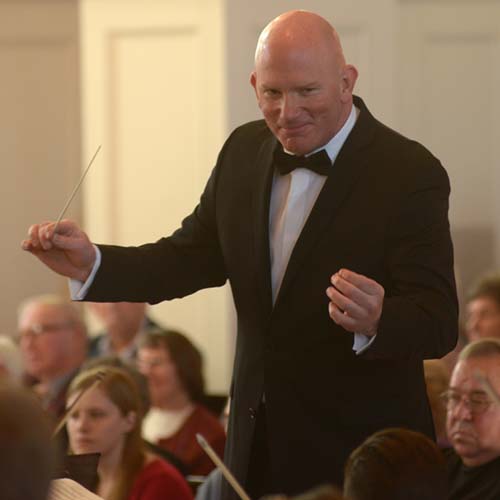 Among the international magazines in which Peter has appeared, The Strad stated, “Wilson’s performance stressed the warmth and romanticism of the music and captured its youthful innocence and rapture… Wilson’s technical skills brought a sparkle to the Moto perpetuo [of Barber’s Violin Concerto], and overall, [Wilson] made music that had the stamp of quality.” The Washington Post has further observed his “pristine melodic lines” and “showering virtuosity.” He has performed such acclaimed works as John Corigliano’s “The Red Violin: Chaconne for Violin and Orchestra,” after which the award-winning composer raved, “Peter’s beautiful performance of my Chaconne…how gorgeous it was…and so true to the piece.” He performed the Theme from “Schindler’s List” at The Kennedy Center with Academy Award-winning film composer and conductor John Williams, who wrote of the occasion, “Peter Wilson’s poignant, tender and highly personal reading of the music made clear to all that we were in the presence of a brilliant musical artist.” The Washington Post additionally singled out Peter for his “impassioned violin solo.” Under Peter’s direction, the Waynesboro Symphony received national acclaim in 2021 when it was awarded The American Prize for its live performance of Mahler’s First Symphony. ClevelandClassical.com reviewed a live concert recording at the National Gallery of Art, stating it was “…beautifully performed by the National Gallery Chamber Players under the direction of conductor Peter Wilson.”

Peter is frequently invited to perform his moving solo violin arrangement of The Star-Spangled Banner for high-profile events including Major League Baseball and NCAA Men’s Basketball games. In 2000, he was invited to Beverly Hills, where he performed violin solos in tribute to Bob Hope and Jack Valenti as part of a USO celebration hosted by then Defense Secretary William Cohen. Secretary Cohen would later call on his “favorite fiddler” to perform as solo violinist for a private book-signing event honoring Quincy Jones and the release of his autobiography “Q.” Peter has performed as violinist with the National Symphony and Kennedy Center Opera House Orchestras and appeared in concert with orchestras backing up such iconic performers as Beyoncé, Ray Charles, The Empire Brass, Aretha Franklin, Josh Groban, Whitney Houston, Michael Jackson, Johnny Mathis, and Joni Mitchell, as well as Jimmy Page and Robert Plant in their “Zeppelin UnLEDed World Tour.” He performed at the Library of Congress with Gershwin Prize recipient Stevie Wonder as part of a 21-piece orchestra in the world premiere of Wonder’s “Sketches of a Life.”

A native of Cleveland, Peter began his musical training at age two as a violin student of his mother while beginning piano studies at age five with his grandmother. He later moved to Morgantown, West Virginia where he became the first musician ever to receive the Governor’s Award for Exceptional Achievement in the Arts. His other violin teachers included Linda Cerone, Jody Gatwood, Robert Gerle, Dorothy Mauney, Blair Milton, and Donald Portnoy. Peter studied conducting with Victor Yampolsky, trained with Marin Alsop and Gustav Meier, and in 2008 was one of nine conductors selected to work with Leonard Slatkin at the acclaimed National Conducting Institute, an intensive leadership training program for rising music directors.

For twelve years Peter served as Lecturer at the Benjamin T. Rome School of Music, Drama, and Art at Catholic University, teaching conducting and strings while serving as Resident Conductor of the University Symphony. He was Music Director of The Youth Orchestras of Fairfax in Virginia (2010-2013) and a violin instructor at George Mason University (2017-2021) and James Madison University (2014-2017). Peter maintains his commitment to working with young musicians as a guest conductor and adjudicator for district and regional middle and high school honors orchestras nationwide. Phi Mu Alpha Sinfonia national music fraternity honored Peter with its prestigious “Signature Sinfonian” award for his “outstanding commitment and dedication to the performing arts while serving as a successful role model, helping others realize their potential and exhibiting high standards of excellence.” For further information, visit PeterWilsonMusician.com 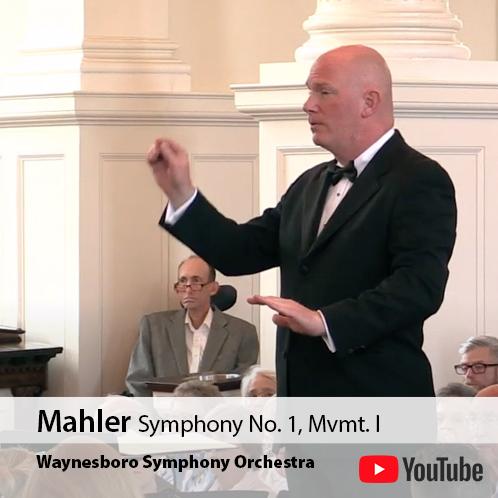 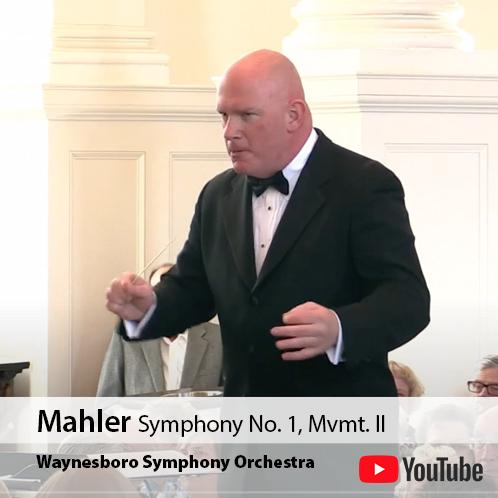 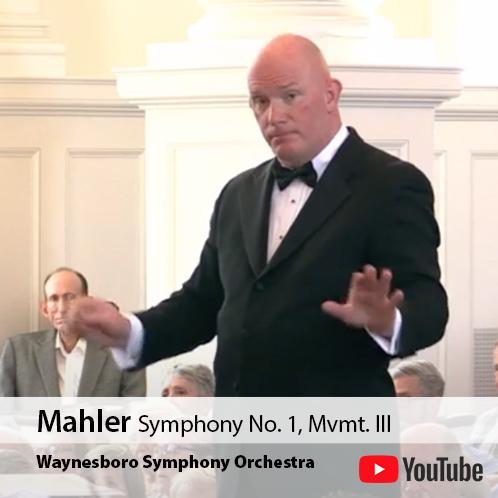 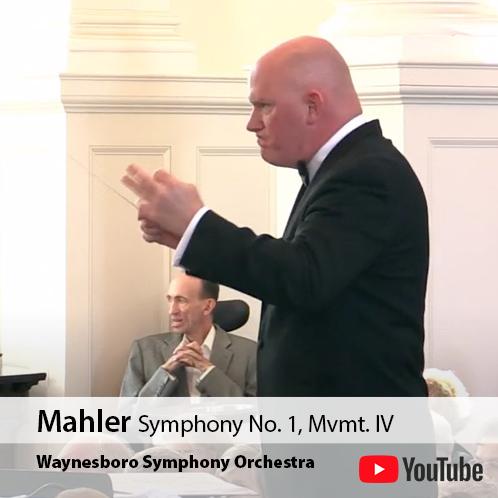